Wesleyanism is the name given to the teachings of John Wesley, the founder of Methodism. Wesley believed that salvation could be found through a personal relationship with Jesus Christ. He also believed that we are saved by grace through faith and not by our good works. Wesley taught that we should live holy lives and obey God’s commands, but he also emphasized the importance of social justice and caring for those in need. Wesley’s teachings have had a profound impact on Methodism and continue to shape our beliefs today.

Do Methodists pray to saints?

Unlike Catholics, Methodists do not pray to saints. We believe that there is only one mediator between God and man, and that is Jesus Christ. We also believe that every person has direct access to God through prayer. We do not need anyone else to intercede on our behalf. Saints are those who have died and gone to heaven, but we do not worship them or ask them for help. Instead, we look to Jesus Christ as our Lord and Savior and ask him to intercede on our behalf. Thanks be to God! Amen.

The ordination of women is a controversial issue in Methodism. Some believe that women should be ordained as ministers, while others believe that only men should hold this position. The United Methodist Church does not have an official stance on the ordination of women, but individual churches are free to make their own decisions on the matter. There are many strong and passionate opinions on both sides of the issue, and it is an ongoing debate within the church. As Methodists, we believe that everyone is equal in God’s eyes, and we respect each person’s right to worship according to their conscience. We hope for a day when all people can serve God in whatever capacity they feel called to, regardless of gender. Until then, we will continue to have this important discussion and pray for guidance from the Holy Spirit.

What is the laity?

The laity are the members of a church who are not ordained ministers. In Methodism, the laity play an important role in the life of the church. They serve on committees and boards, teach Sunday School, lead small groups, sing in the choir, and do many other things to support the work of the church. The laity are also responsible for carrying out Christ’s mission in the world. We believe that every member of the church is called to share their faith and make a difference in their community. We are all ministering to others in our own way, and we all have a part to play in building God’s kingdom here on earth. Thank you for your service! Amen. 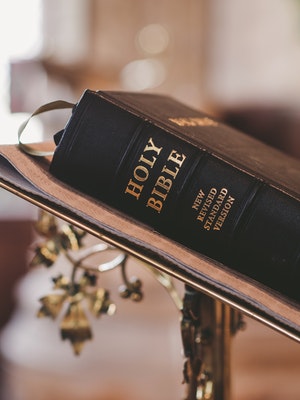 What is a certified lay minister?

A certified lay minister (CLM) is a lay person who has been trained and ordained to serve in a specific ministry role. CLMs are often involved in leading worship, teaching Sunday School, or working with youth or young adults. They may also serve as pastors of small churches or lead other ministries within the church. CLMs receive extensive training from their bishops and are held to high standards of excellence. They are an important part of the clergy team and play a vital role in the life of the church.

Do Methodists believe in predestination?

The Methodist Church does not have an official stance on predestination, but individual churches are free to make their own decisions on the matter.

Do Methodist churches have pews?

Most Methodist churches have pews, but there are a few that do not. Pews are typically used for seating during worship services, but they can also be used for other purposes such as storage or to create a barrier between the altar and the congregation. Some people believe that pews are essential for worship, while others find them to be unnecessary. Ultimately, it is up to each individual church to decide whether or not they want to use pews.

How do Methodists celebrate mass?

Communion, also known as the Lord’s Supper, is a sacred meal that Christians share to remember the sacrifice of Jesus Christ. In Methodism, communion is open to all who love and follow Jesus Christ, regardless of denomination. We believe that communion is a time to remember what Christ has done for us and to recommit ourselves to living according to his teachings. Communion is not just a symbol; it is a means of grace that can transform our lives. When we take communion, we are affirming our belief in the power of Christ’s sacrifice and our desire to live as he called us to live.

There are a number of social issues like abortion and alcohol that people tend to have very strong opinions on. The Methodist church weighs in on each social issue below.

What is the Methodist church’s stance on abortion?

The Methodist Church has a long history of supporting women’s rights, and this includes the right to choose whether or not to have an abortion. While the Church does not condone abortion as a means of contraception, it does believe that each woman has the right to make her own decision about whether or not to have an abortion, based on her own conscience and in consultation with her doctor. The Methodist Church also believes that Abortion should be safe, legal, and accessible to all women.

If you are considering having an abortion, or if you have already had one, know that you are not alone. The Methodist Church is here for you, and we support your right to make your own decisions about your body and your life. We also offer resources and support for women who have had abortions, including counseling and support groups. If you need help, please reach out to your local Methodist Church or our national offices. We are here for you.

What is the Methodist church’s stance on alcohol?

The Methodist Church does not condone the use of alcohol, but it also does not judge those who choose to drink. The Church believes that each person should make their own decisions about whether or not to drink alcohol, based on their own conscience and in consultation with their doctor. If you are struggling with alcoholism, know that you are not alone.

“The Use of Money” sermon by John Wesley

In his sermon “The Use of Money,” John Wesley lays out some basic principles for Christians regarding their possessions and wealth. He starts by saying that our first duty is to use our money to glorify God, which we can do by using it to help those in need. We should also avoid using money in ways that will lead to our own downfall, such as gambling or buying unnecessary things. Finally, we should be good stewards of our money and not waste it.

What is the Methodist church’s stance on capital punishment?

The Methodist Church is opposed to capital punishment, and we believe that all life is sacred. We believe that the death penalty is a form of violence that does not solve the problems it purports to address, and it disproportionately affects people of color and those with mental illness. We also believe that there are other, more effective ways to keep communities safe and to provide justice for victims of crime.

What is the Methodist church’s stance on premarital sex?

The Methodist Church does not condone premarital sex, but we also believe that each person should make their own decisions about their sexual activity, based on their own conscience. We believe that sex is a sacred act, and it should be reserved for marriage.

What does the Methodist church believe about creation?

What does the Methodist church believe about euthanasia?

The Methodist Church does not condone euthanasia, but we also believe that each person should make their own decisions about end-of-life care, based on their own conscience. We believe that all life is sacred, and it is our responsibility to care for those who are dying. We also believe that there are other, more effective ways to provide comfort and dignity for those who are dying. If you are considering euthanasia, or if you have already made the decision to end your life, know that you are not alone and please reach out for help.